We talk with Sr. Briege McKenna, O.S.C., internationally renown author and speaker about her healing, her ministry of healing and prayer, her work with popes, priests, and bishops, her connection to the Marian Servants, the power of prayer, and her command of the English language. 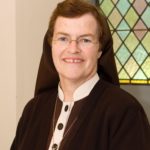 Website | + EPISODES
Sr. Briege McKenna, O.S.C. was born in Ireland and entered the Sisters of St. Clare at the age of fifteen. Following her final vows and after suffering for more than three years with rheumatoid arthritis, she was transferred to her community in Tampa, Florida with the hope that the Florida sunshine would relieve her suffering. At the age of twenty-four, she was miraculously and instantaneously healed during the celebration of the Eucharist and some time later received, in prayer, the gift of healing for which she has become so widely known. In 1974, again during prayer, she was given a deep spiritual insight into the mystery of the call to priesthood. Since then, bishops and priests in many parts of the world have invited her to speak and minister at their retreats and conferences.
Sr. Briege ministered to priests in collaboration with Fr. Kevin Scallon, CM for over forty-two years until his death in June 2018. She now continues with this ministry. Her books “Miracles Do Happen” and “The Power of the Sacraments” have been translated into many languages throughout the world.

This host does not appear anywhere else 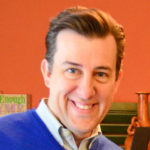 Director at MARIAN SERVANTS® of the Redeemer | redeemer@numinous.fm | + EPISODES 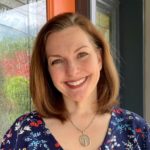 Holly Novotny is a convert to the Catholic faith and a wife and mother. A Lifetime Marian Servant, Holly embraces a Rule of Life focused on holiness, obedience, and humble service. As a graduate of the Cenacle School of Spirituality, in affiliation with Franciscan University of Steubenville, she holds a Certificate of Spiritual Direction and accompanies others in their spiritual journey and through the Spiritual Exercises of St. Ignatius of Loyola. 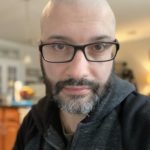